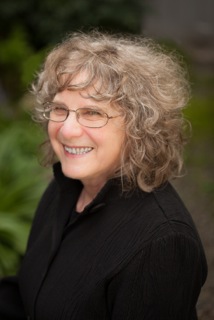 Priscilla Long is a Seattle-based writer and poet, and a longtime independent teacher of writing. She is author of seven books (to date), and numerous publications in literary journals. She grew up on a dairy farm on the Eastern Shore of Maryland, attended Moravian Seminary for Girls and Antioch College in Yellow Springs, Ohio, entered the printing trade in Boston and was there active in peace and social justice movements as well as in the old-time music scene. In 1988 she moved to Seattle, where she teaches and writes. During the 1990s and beyond she performed her poetry as a member of the Seattle Five Plus One. She serves as founding and consulting editor of HistoryLink.org, the free online encyclopedia of Washington state history. She writes science, poetry, history, creative nonfiction and essay, and fiction.

She is descended on her maternal side from Pennsylvania Dutch farmers. The most remote ancestor known by name was Christoph Tanger, an innkeeper and horse thief who was hanged for same in 1749 in Gemersheim, a town on the Rhine River in what is now southern Germany. His wife and children migrated to Pennsylvania and their German became Pennsylvania German. She is descended on her paternal side from the Winslows, English farmers who migrated to New England in the eighteenth century. Her grandfather Walter Long was a Philadelphia journalist and her great-great grandfather Stephen Winslow was known as “the grand old man of Philadelphia journalism.”